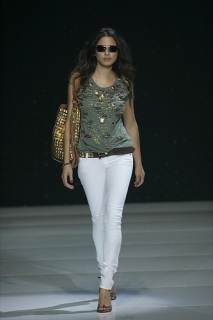 urely, the actress who had men and women alike fantasizing about her ballsy prowess in Atlantic City and Thelma and Louise has something to contribute.

Diane obviously loves women, classic cuts, innovative textures, colors, patterns. Sarandon says. I have quite a few of her dresses, but my daughter takes them. They look much better on her, so they are going in and out of my closet, so I dont know.

Ah-ha, so there is a legacy being passed on?

Now I realize I dont give her things. Shes better if she finds them. Sarandon explains. She takes bits and pieces but everything looks so much better on her, definitely. Vintage, all kinds, my really old Azzedine Alaia. Every so often shell pick up this leather jacket. Shes great because she mixes things. Shes very inventive and eclectic looking so shes good at taking something from here and putting it with something else that you wouldnt expect. Shell take an old scarf or jewelry or a belt, something like that.I wish I had saved more. It was all my embroidered fabulous dresses from living in Italy that Eva wore when she was little that I gave to sisters and things. We lived in Rome. Thats where her fathers from and so we bought a lot. When she was little, I was very concerned with recycling.

When I first came to New York, I didnt have any money, so I bought a lot of vintage stuff. So I had a lot of Forties suits, flapper dresses. It was in the late Sixties, early Seventies and thats what we did. So I never got rid of them. When my kids were young, I had vintage that I put on them too because it was just so funny. That stuff I saved.

MyCloset.com asks Amurri directly. What is the favorite thing of your moms that youve borrowed?

Less now than I used to, She tells MyCloset.com. More of the vintage, the jackets. 

Amurri says, I borrow a lot of jewelry.

With so much treasure trove to be found in her mothers closet, its a wonder that Amurri could ever make a fashion mistake. But she has one to offer. She tells us, Tevas. The last time I wore them I was ten.

Eva Amurri starred in Saved (2004) and shell be appearing in two films this fall: In Bloom and The Education of Charlie Banks, a first time directorial debut by Limp Bizkit singer Fred Durst. 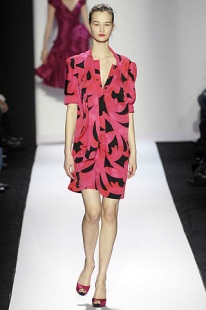 Attended Catholic University of America Drama School from 1964-1968, where she met and married Christ Sarandon.

In 1996 was chosen by People (USA) magazine as one of the 50 most beautiful in the world.

She keeps her Oscar in the bathroom.

One of eight women to carry the Olympic flag at the 2006 Winter Olympic Games' opening ceremony in Turin.

Is a UNICEF goodwill ambassador.

In February 2001, Eva and her mother starred together as a daughter and mother in an episode of Friends.

Had a minor role in the 2002 film, The Banger Sisters as Susan Sarandons daughter.

After graduating from high school in 2003, Eva started studying anthropology at Brown University (class of 2007).

In 2004, appeared in Saved!, which remains her largest role to date.

If she could meet and hang out with three people alive or dead for a day, she would have tea with Jimi Hendrix, Coco Chanel, and Einstein.

Currently working on Fred Dursts The Education of Charlie Banks in New York.