What do you think of the Double Breasted Suit Jacket? 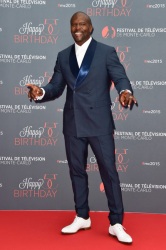 Guys. Anybody home?
Can I contact with admin for a specific question? I got a problem with your website